Creepers in the Crevice quest guide

Step 1.
Talk to Dallas Jones at the Well of Goodwill at home, he will tell you he suspects the Well of Goodwill being haunted. It has been acting strange lately, you suggest he'll need an adventure to help him out! He warns you his map shows an ancient tomb beneath the surface, and who knows what kind of dangers it possesses. Tell him you're going to look for more information. 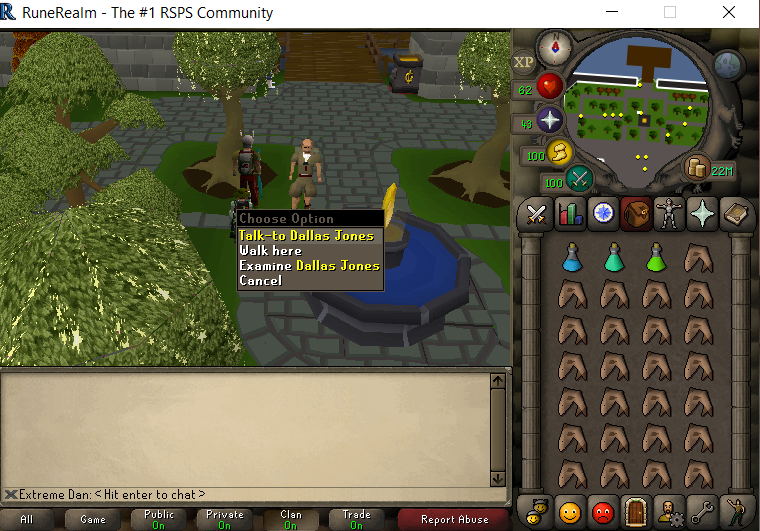 Step 2.
Enter the sewer through the manhole either west or east from the Well of Goodwill. 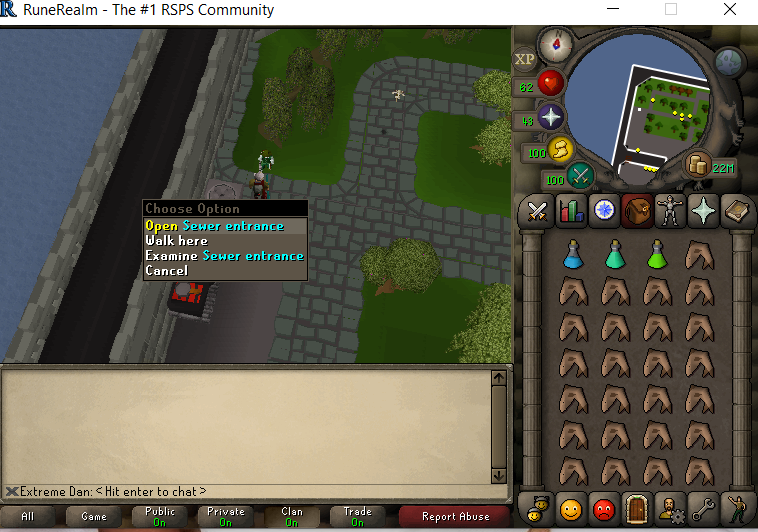 Step 3.
Investigate the swamp bubbles in one of the puddles. After you've done this, resurface by climbing up the pipe on the east and go back to Dallas Jones. 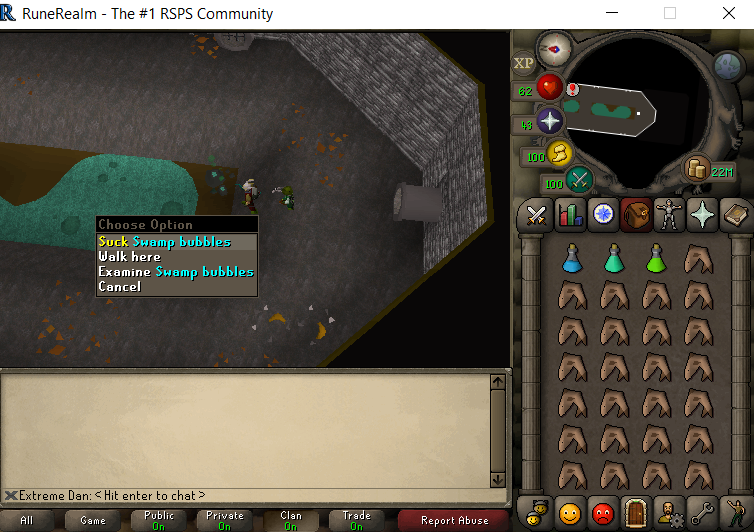 Step 4.
Talk to Dallas Jones, you'll him about the gas bubbles and that you were unable to bring them, he gives you a pair of bellows to extract the swamp bubbles, and tells you about a colleague of him at the laboratory in Rimmington. 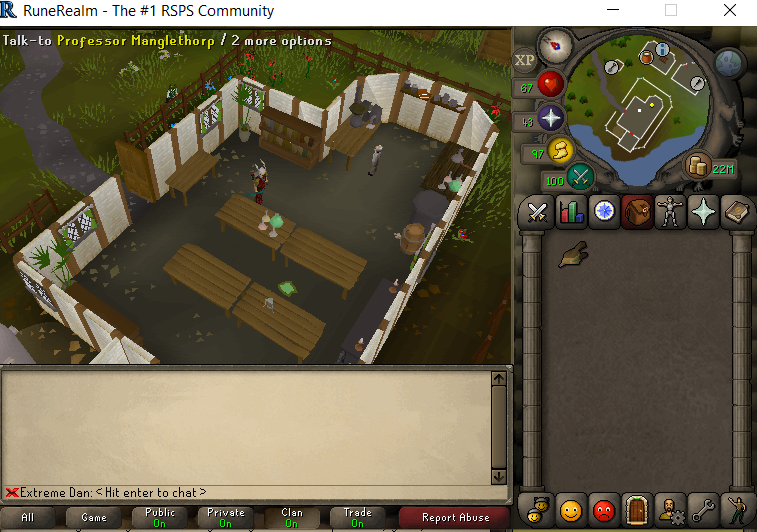 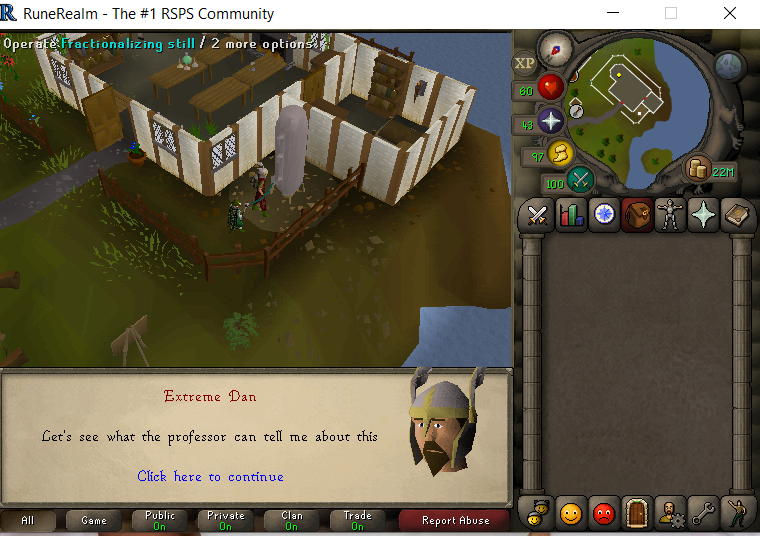 Step 7.
Travel back to the Well of Goodwill and talk to Dallas Jones, you tell him about what the professor said, Dallas says he doesn't know what to do and certainly doesn't want to find out by himself. Offer him your adventurous courage.

Warning, at the next step, you will encounter a fight! Bring some combat gear, potions, an antipoison and food!

Step 8.
Go to the sewers and enter the dark hole next to the eastern wall. You will now enter a room with a level 194 Hydra.

The Hydra has 300 hitpoints and will attack you with range, and melee if you stand in melee range. His range attacks will poison you. He can hit you up to 25 damage so be cautious! Ranging the Hydra from a distance will make this fight a walk in the park, but using melee isn't to hard either. 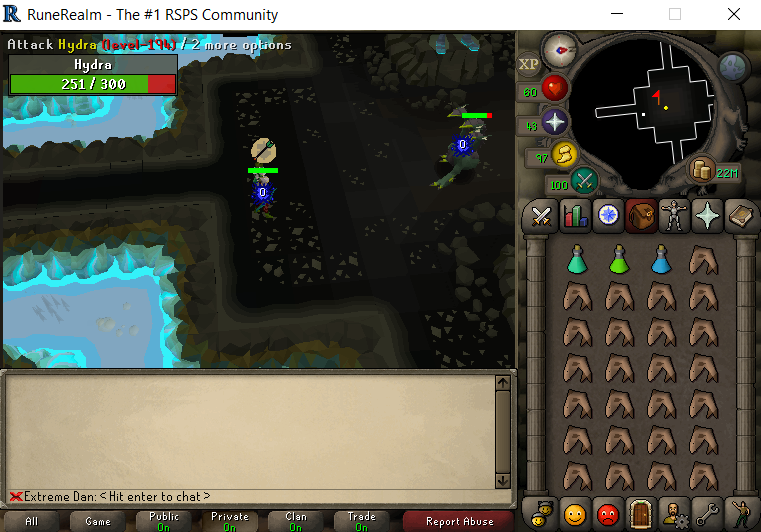 After you have killed the Hydra, resurface and talk to Dallas Jones for your reward. Congratulations, quest complete! 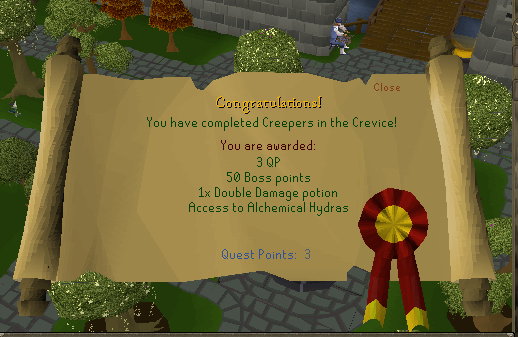 Access the Alchemical Hydra by using the teleport in the boss teleport menu.