The Corrupt Banker is a Level 126, 666 HP Boss that uses Melee attacks if you get close, and a 3x3 magic attack if you are at a distance/on occasion within melee range.

You can access the Corrupt Banker when you are an Extreme Donator, which requires at least $100 donated. You can find this boss behind the yellow portal in Super-Donator zone (::sdz)

NOTE: This boss can be considered mid/late game as he has decently high HP, high defenses, and thus is not efficient to kill until you have good gear (reference below) 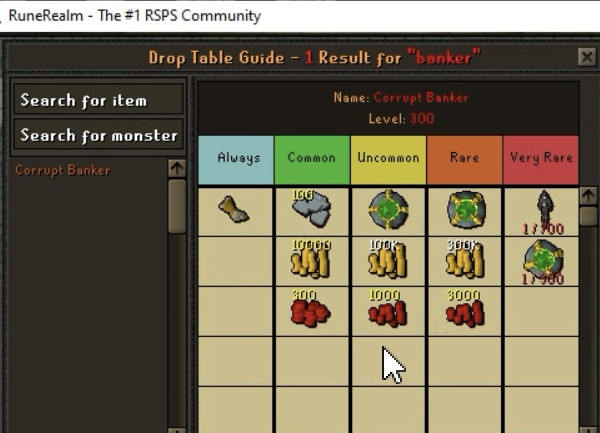 As you can see the Corrupt Banker’s main drop is the Banker pet, which allows you to bank and note/un-note anywhere. (The Table is base Drop Rate with. 0% boost)

You can fight the Corrupt Banker with Melee or Range. The following Setups are ranked from least to most effective. The weapon is the most important as such if you dont have any of the following weapons: Blowpipe, Twisted Bow, or Scythe of Vitur then you should get one of the three then fight the Corrupt Banker. I only list the minimum and recommended. The Twisted Bow falls in the middle and obviously you can work with different gear for melee if you do not have samurai (barrows, magma helm etc.). 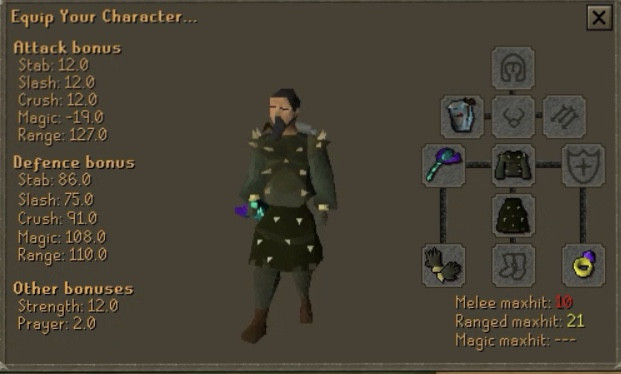 The boots, helm, and necklace do not matter as much so they are not listed. Most importantly have a.Blowpipe, Assembler, and karils or better with barrows gloves and a row (i). This is what I consider to be the minimum setup for the corrupt banker. 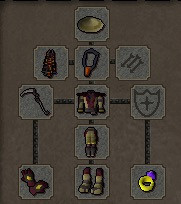 This Setup is the best possible for The Banker. The Scythe and the Samurai Outfit Make for quick work of the Corrupt Banker.

Fighting the Corrupt Banker is fairly straight forward. He only has 2 attacks: a melee attack if you are within ~4 squares of him, and an unblockable magic attack where he shoots 3 lightning bolts in a 3x3 area where you are standing at the time.

Note: It is HIGHLY recommended to use a double damage pot even in the best set up. he has very high hp and defenses and without it kills can take 3-6 minutes each.

If using Melee: Pray melee and attack Dodge his lightning bolts (reference below)

If using Range: Pray rigour/best + range pray you have and dodge his lightning bolts (reference below) 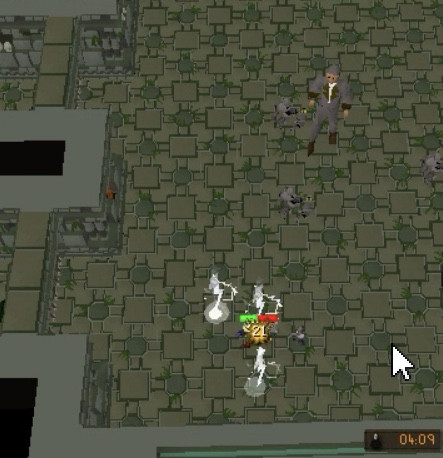 As you can see I got hit by the corrupt banker’s lightning attack. he shoots 3 bolts in a 3x3 square wherever you are standing at the time. It is unblockable and unless you move on his windup you will get hit. He uses this very quick, about every 3 seconds, but is easy to dodge if you have the know how. 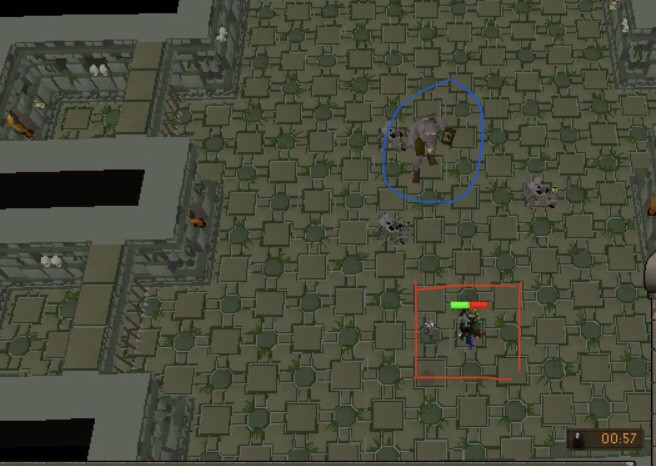 Looking at the image the Corrupt Banker’s Windup in blue is easy to spot if you pay attention. As he does so take note of where you are standing (in red) and use the round and square tiles to figure out the 3x3 area his lightning bolts will target.

Then run one square outside the 3x3 square attack radius AS SOON as you see his windup. Then resume attacking. It is quite the process to do this over and over but as you fight him more it will get easier and easier.

simply repeat this dodging the whole fight until he is dead and hope you get lucky on the pet drop :)

NOTE: After killing him, he will respawn around 10 seconds later and IMMEDIATELY attack with a lightning attack so be prepared to dodge or take the damage.

There you go! You are set and ready for a long (or hopefully short) grind at the corrupt banker boss to get that rare and important Mr Banker