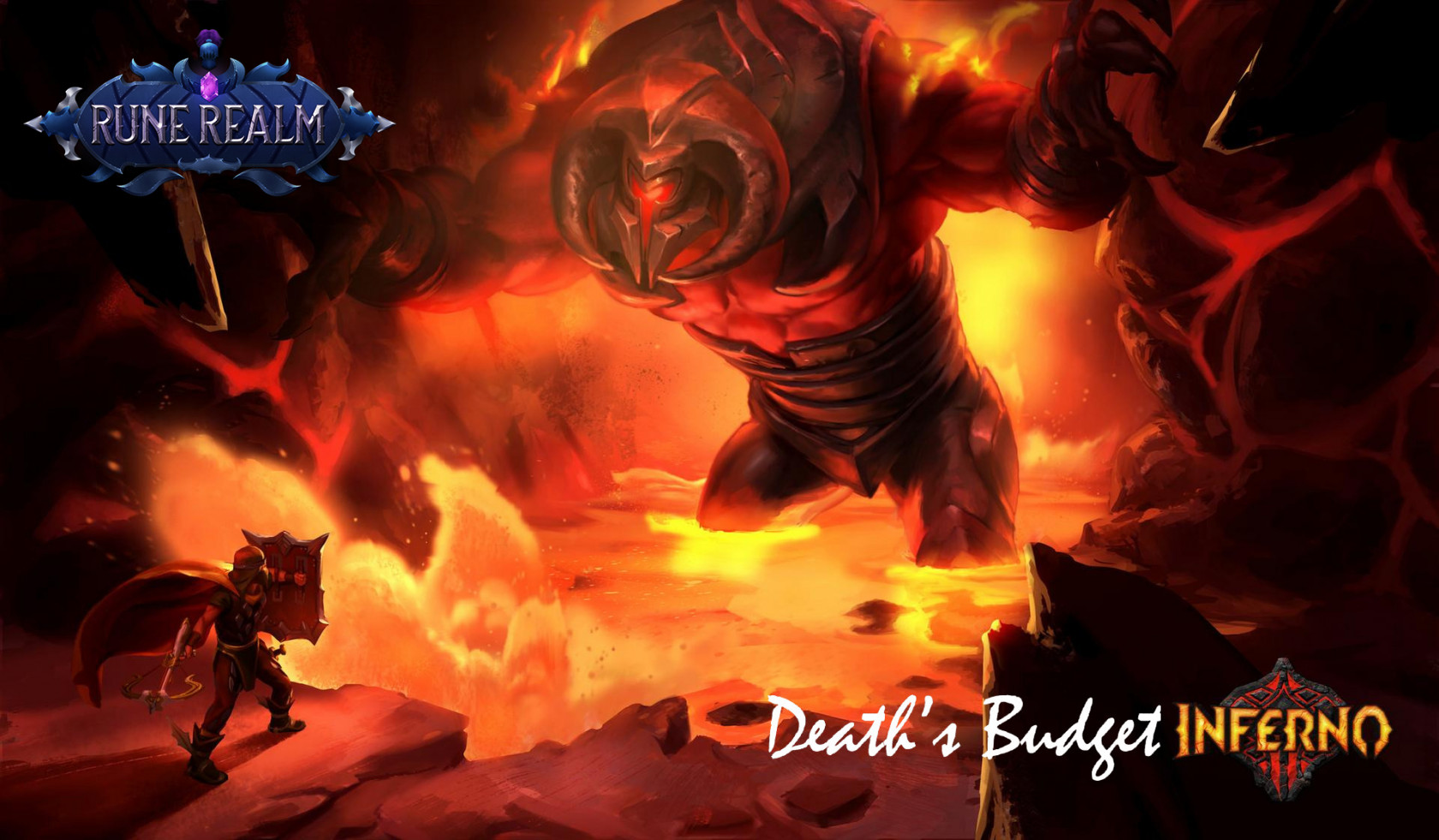 Hello everyone, Death here. So you want to try your luck at the Inferno? This guide is meant for players who want to attempt the Inferno with budget setup. This guide is geared towards people who have read the In-Depth Guide by Archvillain, which as the title suggests, goes in detail with all the monsters, their attacks and the waves you will be facing. This guide will not rehash what Arch has already presented so well.

A few notes before getting started

The banker pet and double damage potions do NOT work in the inferno. This guide is also geared towards a "range-only" inferno. While I did bring an SGS for the healing special attack, it is not required but suggested. I sip a divine ranging potion before getting to Inferno so I have 2 full divines for the challenge. Get the PVM points, they are 100% worth over a regular ranging potion.

While you'll be tempted to attack the nibblers to save the pillars, you only have to protect the North and South pillars. As seen in the video attempt, I actually stall the waves until they have destroyed the Western pillar. I do so, because once they have destroyed the Western Pillar (or any pillar), the nibblers will direct their attacks towards you. The West pillar is of no use to you, while you can utilize the North and South to try to reshuffle the waves to attack them individually. 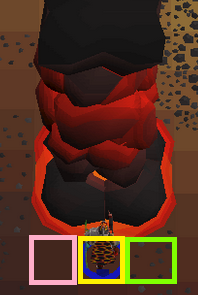 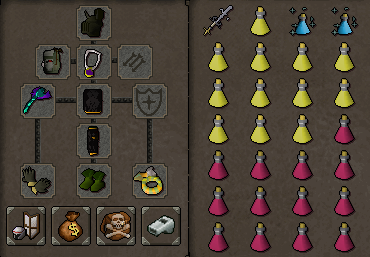 Note: SGS not required but does help. If you can't afford it, simply use BP special to heal and/or bring more brews.

Note: The amount of brews/restores is depends on the player and if you have Master/ Alex pet. I suggest bringing more brews the first few times. After that, reduce the amount of brews and add more super restores. As you see in the video, I don't use brews until late in the challenge as I use BP/SGS spec & Pet Effect for healing. Brews will mostly to heal when shuffling waves to rearrange them or if you take a big hit (3x jads/ Zuk).

In this attempt, I had the Master Alex Pet which has a chance at healing you. [Full Pet Guide by Daniel]

I suggest you bring the best pet(s) you can. I would suggest Master Alex > Pet Alex > Culinaromancer Pet.

If you don't have any of these pets, I would bring more brews.

MSB only Inferno [with eagle eye & no pets] 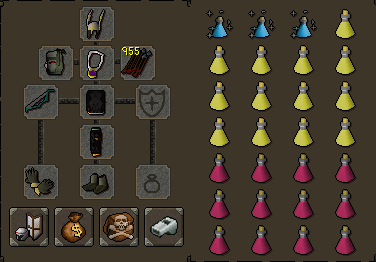 Thank you UIM Cole for editing the MSB video :)